The keynote address, titled “Beware the Tuna Sandwich, and Other Lessons I Learned in College,” was given by WLU alumna Meghan Fahey.

Three of our English majors represented West Liberty University very well at this year’s symposium. Hannah Hlad’s “Emily Dickinson: Theologian or Athiest?” was so good that one of the

professors judging the competition stated that he was going to add some of her points to his own lecture notes. After judging the panel featuring Abigail Reeve’s “The Impossible Truth: Unhinging the Structures of Language and Storytelling in Henry James’s The Turn of the Screw,” another judge commented, “Please, tell me she is going to be a teacher.” And, finally, Paige Creamer’s “It’s Not F***ing Fair: How Women Are Fighting Gender Inequality with Words” was absolutely fantastic, according to Humanities chairperson, Dr. Jeremy Larance. Additionally, writing minor Natasha Muhametzyanova’s “Story of a Broken Egg: The Issues of Identity in Erasure,” held her own with many of West Virginia’s best and brightest English majors.

Second Place Outstanding Student Essay: Megan Steele (Wheeling Jesuit University), “Dystopia is Nigh: An Evolution of the Genre Within Huxley, Atwood, and Eggers” 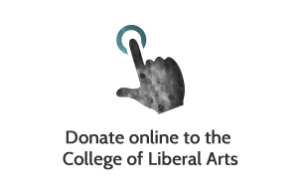